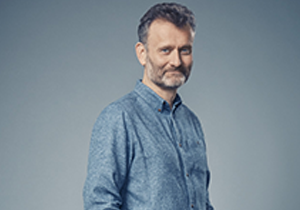 We are thrilled to announce Hugh Dennis as the host for the IWFM Awards 2019 ceremony, to which he’ll bring his fantastic presence and charisma.

Hugh Dennis made his name as one half of comedy double act Punt & Dennis. He and Steve Punt still appear together on Radio 4’s ‘The Now Show’, whilst Hugh is also a team captain on ‘Mock The Week’ and starred in ‘Outnumbered’ – the wonderfully inventive semi-improvised BBC sitcom.

© 2019 Institute of Workplace and Facilities Management