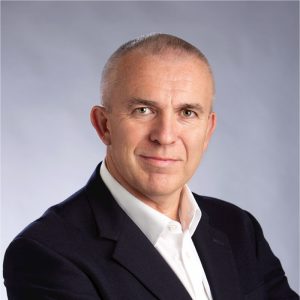 The winner of this year’s Lifetime Achievement Award is perhaps the most entrepreneurial facilities management professional of his pioneering generation. His is the fullest and most vibrant of CVs, detailing a life at the cutting edge of FM provision during which he has demonstrated an unerring ability to identify and make the most of emerging new forms of service. He has helped literally to shape the outsourced FM service sector we see today. A former head of judges for the BIFM Awards, he is an instantly identifiable figure on the FM scene both at home and abroad.

Oliver Jones has made his mark in each of the decades in which facilities management has been a recognised business sector. Moreover, he has done more than most to help shape that sector both in terms of the businesses he has set up and the work he has done, with government and BIFM, to develop the sector and those that work within it.

In the 1980s, Jones’ aptitude for business finance was quickly married to nascent FM opportunity, his work with the then BAA leading to the development of one of the first outsourced FM providers. He then set up his own such business, Symonds FM, taking on newly available outsourced work from both government and the private sector.

Jones helped government in shaping the PFI outsourcing model, involved himself early in the serviced office market, and has routinely set out to plug specific business gaps by setting up his own businesses to meet them – from English language training, to mergers and acquisitions brokerage and, recently, electric vehicle charging. His current challenge is perhaps his most sizeable. Having spoken of how “the fusing of property related outsourcing services companies and IT-related outsourcing companies is the future”, he is CEO of Chayora, a Hong Kong-based data centre infrastructure company about to make operational the first of seven major data centre facilities outside of Beijing, with more across China are planned or already under construction.

Oliver Jones has always sought top help develop the FM sector more broadly, to which end he spent close to a decade judging for the BIFM Awards, including the role as head of judges.